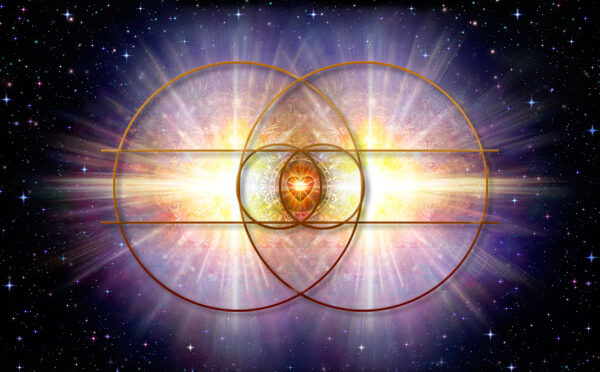 The Wright Brothers, Lewis and Clark, Steve Jobs and Steve Wozniak, Leonard and Sheldon, Kirk and Spock, Miguel and Tuleo, Megaman and Dr. Light,  the list of people who’ve done powerful things together is great. In fact, even when you look at the individuals who seem to stand alone, you often find that’s not quite the case at all.

For right next to them were one, two, four, or an entire team of people they were connected with making things happen right beside them.

For could Gandhi have done what he did without any support from everyone around him? How about Martin Luther King Jr? Could Da’Vinci have painted the Mona Lisa without Mona herself? Would Thorin OakenShield be able to even get as far as the Trolls in “The Hobbit” if he didn’t have his Company alongside him?

There is power in connection, power in Friendship. It’s something i’ve been saying for a while now, but every day I feel as though I understand it better, and more and more realizations come to me about what it means, and how it works.

Mayhap’s this is obvious to most people, when people are working together on things, things can happen and get done. There’s “motion in the ocean”, so to speak.

When the burden of doing EVERYTHING is on one person, it becomes overwhelming, and there is stagnation. The individual will need to seek help, or give up on what they were trying to accomplish.

I’ve seen people often argue this, recently and particularly, on the Spirit Science forums. A lot of people fight to the death to maintain their position that “all you have is yourself, and you’re stuck with it.” I put a lot of thought and consideration into this, if so many people are arguing something, surely there must be some validity there.

Upon looking at it deeper, it seems to me that the feeling that “You can share what you create with others, and they can create with you” somehow ends up being interpreted as “What you can create on your own isn’t valuable”, which ends up meaning “You are not valuable”, and down the rabbit hole of self-worth emotions we go!

But before we fall down that rabbit hole, lets stop for a second…

Who ever said that you can’t do things on your own?

I think a better question is “What does it mean to create on your own?”

And if we ask that question, surely we must then ask “Is it even possible to create on your own?”

I can say that i created spirit science all by myself. I wouldn’t be wrong, but I also wouldn’t be accurate. Yes, I recorded and edited the audio, I drew the drawings of Patchman, edited it, and posted it on Youtube.

But it was you who shared it. It was Drunvalo Melchizidek who provided some powerful and insightful ideas and lessons that served as a script for my videos. It was Google’s Image Search that provided pictures from around the world for me to use in this video. It was the music from the Audio Portal on Newgrounds that provided the background music!

It was Tom Fulp that promoted the series on Newgrounds which gave the series a HUGE boost. It was the wonderful programmers at Adobe & Macromedia that built the program that I used to make the video in.  It was my family that gave me support, a home, and food to eat growing up and while i made the series.

So you see, how on earth can I say that i made it all by myself? Sure, i compiled the sandwich and put the ingredients together, but i did not bake the bread, i did not grow the tomatoes, avocados, or the chives! It was a collective creation, i just put the pieces together.

All it takes to really see this, is the ability to see or recognize the infinite connections of everything and everyone around us. When you think something is ALL 1 person, or ALL you, just take a step back and ask yourself… is it really?

When we understand that, and realize that all of the power is in the connections we make with others, it no longer becomes about “MY” spiritual growth, but “OUR” spiritual growth, “OUR” freedom. We share love and respect with each other, and our ability to create magnifies and multiplies infinitely so.

Looking at this in the smallest level, when two people come together with love and inspiration, and a focused intention, it can create infinite possibilities. An example of this is Steve Jobs and Steve Wozniak, who founded Apple Computer and created an entire new way of living for all of us on the planet. We wouldn’t even be reading this blog if it wasn’t for those two.

In the exact same way, Panic to Freedom was created by two people who came together with a powerful love and respect for each other. We wanted to create something that could help a lot of people, and something we didn’t see anywhere else in the world.

We created Panic to Freedom, and we had a blast while doing it.

So, what’s the great secret of Success?
It’s simple.

Doing things together, with people you love. Don’t carry it all, you don’t have to.

As the Beatles put so nicely… “I get by with a little help from my friends.”

All of my Love,
Jordan Pearce

16 thoughts on “The Great Secret of Success”