If I was to sit and write what i was about… what would I write?

I am about the collective spiritual healing of the human race. I am about bringing people together. I am about connecting the dots. I am about building technology that can fundamentally change the way we live our lives, for the betterment of mankind.

I am about resolving the suffering of the planet, and the realization that all religions and ideologies are, at their core, about the same thing, even if it doesn’t seem like it until you get to the very bottom of it.

I am about making amazing cartoons and doing it with close family and friends who are open minded to discuss things that the mainstream world would tell you is simply not something to talk about.

Fundamentally, I am about demonstrating the truth that we are all One, and bringing together Spirit, and Science, two sides of the same coin. Oh, and that Love can change the world and make life amazing for EVERYONE!

Now, that’s all just me tho. Who am I? I am that I am, but you can call me Jordan. I’m another you, on a journey through this thing we call life, whatever that is. On it, I have met some friends who have expressed a similarity in personal reflection, both mentally and emotionally, as well as physically and spiritually, and we have teamed up in the name of the One that is All Things (call it God, Spirit, Source, Atum, whatever you like), to make the world a better place though wisdom, compassion, and creation.

Thus, this is what we are about… But the question still remains, what are we doing about it?

The plan to change the world is a very multifaceted approach, for this is not something that can be done alone, it has to be something everybody does together, and not only “does together”, but does it willingly, joyfully, and lovingly!

You see, in order to change the world, we must live differently than we have in the past. We have to stop seeing ourselves as consumers, we have to live instead as creators. This of course, takes education and practice, and those are the two pillars of this creation.

On the right side of the brain, we have video and art! These two tools are powerful ways to communicate both loving messages, and scientific reinforcement of spiritual ideas that are fundamental to our existence.

I understand that, in the past, we have not always had the reputation of being the most scientifically literate, and this has caused some frustration amongst a variety of groupings and communities across the internet.

For this, I apologize, and take full responsibility. I am still learning, and I am beginning to understand what is required in order to communicate these ideas.

Yet, just because I have made mistakes in the past, does not discount what I am saying. It simply shows me that I must continue to learn, to communicate as best as I am able, until everyone is able to hear the song of Oneness, and we all move to the next level together.

I am most certainly not the only one singing it.

Everyone at Spirit Studio has come together as a volunteer to help make these videos a reality, we are putting into practice what we preach. Do it together, do it out of love, and good things will come your way!

The Left side of the brain, our second pillar is a tool that allows everyone to change the world together. Right now, people are limited in their connections to their jobs and group of friends. The internet can be, but is most certainly not the best way to make friends.

We want to make a tool that allows everyone to live life together as if it were a video game.

Now, part of me wants to tell you about what specifically this will look like, how it will work, what we are building it with, and all of that. The truth is, Ray loves big “lift the curtain huge surprise” reveals, and the moment we have something that we can move to the next stage together with, you will be the first to know.

Until then, stay tuned, and know that right now the Animations are the biggest thing we’ve got going on on the front end, and we’re going to be making more behind the scenes videos soon as well!

BELOW IS THE OLD ABOUT PAGE

Not going to lie, i’m super busy right now with all of the new cartoons we’re making. I hope you’ve enjoyed reading the above, it happened as a result of a comment made on our new behind the scenes video! I don’t really have the time right now to read over this and update it, but i trust my younger self that I had some idea of what I was doing when I wrote it, and perhaps in the near future I will come back and fully revise it!

The Old About Page

In the course of my experience as the core steward of the vibe that is Spirit Science, I am pleased to say that it has endured one hell of a journey, and it’s growth and transformation and evolution inspires me.  Not only is it still around, but it’s growing. The core fundamentals stay the same, and it is constantly evolving into something new, epic, and bold. 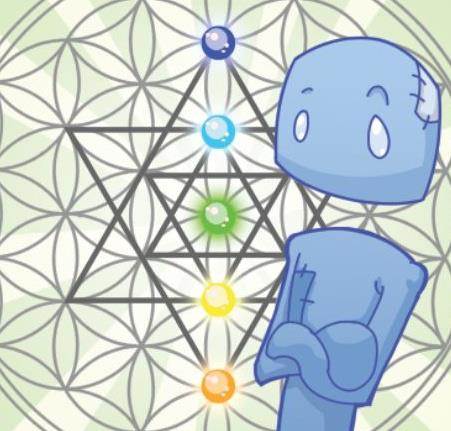 In the beginning, Spirit Science started as an animated cartoon series. I grew up making cartoons and Spirit Science was the results after a shift and transformation that I experienced in the months prior. From there, the growth of Spirit Science expanded with new people that came on board, new people who got close to me and created something in support what I was creating with Spirit Science.

The growth and development of the website, the forums, and all of the new series that we made were a result of the communications and inspirations that were birthed through my connection with those people.

Over time, many of those old relationships collapsed. They were built on a variety of foundations, some of which were not strong enough to support the growth of the continued evolution and co-creation between two or more points of consciousness, (usually one of those was mine) and so they fell apart.

[shareaholic app=”share_buttons” id=”5111573″]Among the trials and tribulations that were faced, also came the connections that led to continued growth and expansion in the desired direction. With this, new inspirations and ideas about ways of doing things came into manifestation, and we instantly put that into practice. This began to propel the movement of Spirit Science forward, instead of that slowly sinking feeling that I was familiar with towards the 2nd half of my solo journey. END_OF_DOCUMENT_TOKEN_TO_BE_REPLACED