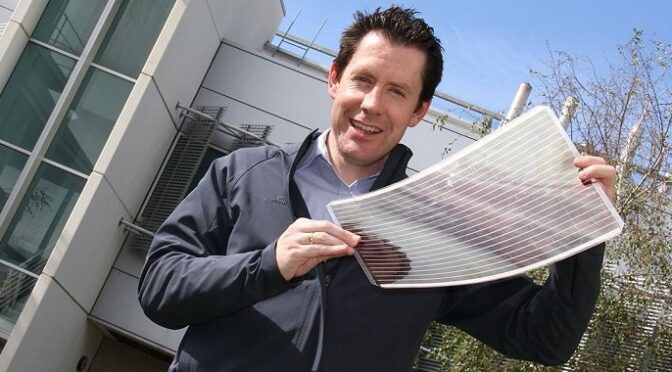 Solar technology is normally a focus of renewable energy. Up until this point, they have been expensive, bulky and easily broken. The initial costs of setting up solar panels are the biggest hang up for investors. That is until scientists, as part of the Victorian Organic Solar Cell Consortium, printed the largest ever printed solar cells with a newly developed solar cell printer.

The new cells are semi-transparent, flexible, light weight, cheap and to top it off made from organic materials. It seems like this would be just as pricey as its predecessors but one of the project partners says

“The consortium is currently only purchasing materials on a research scale. When bought on a larger scale it is anticipated that component costs will be significantly lower and that pricing around A$1/W will be achievable.”

The amazing pricing aside, these panels will be easily installed to windows, roofs, and local signage. While this project is still in its research phase,  scientists remain hopeful about its wide range of applications.

The ease of production is a huge selling point for potential investors. Factories will be smaller, cheaper and will limit negative impacts on its surroundings. This decentralized approach to production will spell massive expansion once the project enters large scale manufacturing. The fact that they are so easily and cheapily transported (because they are so light) is another great selling point