The accounts given here today, will resonate with you like nothing else. A collaboration of Taoist, Catholic, Cabala, Egyptian, Hindu, Buddhist and Gnostic teachings that have been passed down throughout history. Many accounts have been shrouded in secrecy and given in code only to chosen initiates, as this immortal path is taken only when the souls progression reaches maturity after many incarnations.

Whether it be a death of the living, known as rebirth or ‘twice born’, or permanent death where the soul leaves the body upon sickness or old age. These 12 steps may be taken, if the seeker is deemed ready to join the Gods as an immortal soul. What we will focus on today, is how to achieve a spiritual rebirth to enlightenment of the living so hold onto your seats, because it a great journey!

1.You are Filled with Light 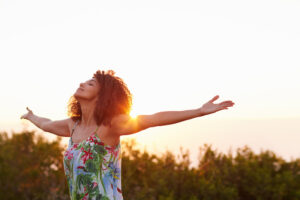 The light permeates your entire being, but is not without shape or form, in fact it holds a shape of its own and many forms within it.

A like to the microbial of a cell, this light consumes the soul, and temporarily restores it to source consciousness. The light acts as a transmitter for universal wisdom and knowledge and brings the seeker forward to undergo a life review.

There have been many accounts of near death experiences where people attest to seeing a light and speaking to God and return filled with a greater knowledge of themselves and the life in which they exist.

Upon permanent death as spoken above, if deemed that the seeker should return and reincarnate, the life review progress commences and the seeker proceeds through the birth canal for reincarnation. If the seeker has reached spiritual maturity and has progressed to the point where incarnation is no longer a function for their soul called journey, the seeker will then undergo these next steps.

2. You Awaken Your Kundalini and Ignite the Trees of Life The soul is taken on a magnificent journey, gliding on the back of an eagles wings over towering waterfalls to where the seeker reaches the world tree of the three earths.

Confronted with the primal life force the great serpent unleashes its potent energy, flooding the chakras as it ascends into the brain– the tree of life.

This energy then flows through the entire system, activating the DNA structure, the pineal gland, the nervous system, the cardiovascular system and all of the senses restoring the initiate and reconnecting the mind, body and spirit to all of creation.

3. You Ask the Bodhisattva’s for Assistance in Healing

You pray upon the saviors, Bodhisattva’s and ascended masters for assistance to your ascension. You ask for guidance, protection healing and direction.

4.You Drink of the Cup of Everlasting Life

The coveted sterling silver cup that never empties, the holy grail that cleanses your spirit and restores you to perfection. “Hermes is the Primal Source. After so many injuries have been done to the human race, I flow forth, by divine decree and assisted by the Art, as a healing giving medicine. He who is able to, drink out of me. He who wants, purify himself in me. He who dares, jump into my depths. Drink, brother, and live.”
Chymische Hochzeit, Christiani Rosencreutz

Upon the ingesting of the liquid, your karmic deeds have been separated from your soul. Alchemy of this dark and light must follow as you bring the darkness within you and burst it forth from your being.

One must not let the left hand know what the right hand is doing, a middle path to be taken, like a bow of an arrow, one must not aim and shoot, but shoot and shoot quickly before the devil knows what you have done.

5. You Join the Wedding

Known as the wedding of the eight immortals in  Taoist tradition, also known in Catholic and Christian religious practice as the ‘bride of Christ’. You join the wedding and take your rightful place. There are eight spots at any given time in which one can fill, and you have taken yours.

6. You Enter the Lions Gate

Into the tunnels you make your decent, entering through the mouth of the lion, as it swallows you and you abide in the belly of the beast.

Passing swallowed spirits, rotting of decay and filth. Through the small crevasses you fumble your way through until you reach the opening in these halls of the dead.

“I was dead, then alive. Weeping, then laughing.
The power of love came into me, and I became fierce like a lion,
then tender like the evening star.” – Rumi

7. Your Heart is Weighed on the Golden Scale

Osiris appears before you, his blue skin radiating with an eye that holds a thousand pupils, shining a bright emerald-green. An androgynous being, a trickster no less, the most beautiful creature you could ever lay your eyes upon.

A peacock’s feather spans out in perfect balance and your heart has been weighed true and just. You carry on. The tests and trials have begun for you dear soul, a fire that rages in this beasts belly. A trial by fire that has been set just for you, a temptation of your deepest desires and greatest weaknesses.

A decision you and only you must make as your guides await your choice. You carry on  and arrive in a separate corridor and enter the stargate portal.

Without memory you are standing on a far distant planet, and before you is a large crystal. Another test of the Gods, you must follow your heart and determine if the crystal belongs to you, your kind– you who you were before you incarnated.  You have passed.

9. You Reach the Sun

Deep in the tunnels you await in the darkness, no longer fooled by
the false lights searching. In the shadows you abide until the radiance of the sun begins to shine upon you. Out of the depths of the belly of the beast you climb your way out and reach the rocky shoreline.

You have been born anew, naked to the world once more and set out upon a new journey.

East you travel, and find the round room. A blow of the horn and the ship ascends into the heavens. A journey that leads you into the far-reaching s of time and space.

Many journeys will you take while you sleep, entering times and places of unknown worlds.

A small blue spark of light arises from under your breastbone, a spark that ignites your being, until you are nothing but a star burning in the outer far reaches of space. Flaming hot as you reach the golden pathway to swim in the golden city of everlasting life. there, the fire is already there. Just probe a little deeper
into your being. Inquire. Maybe much ash has gathered
around the fire…just probe deep inside, and you will find
the spark again. And once you have found a single spark
inside yourself, you will become a flame soon, you will be a
fire – a fire that purifies, a fire that transforms, a fire that
gives you a new birth and a new being” – Last Words of Buddha

12. You Create Your Immortal Child

Known only in Taoist practice as the secret of the golden flower, this energetic embryo is created to give the seeker what is known as spiritual birth. Lao Tzu is said to have become one of the eight immortals by this path. The idea of this golden light and circulation of light have been traced back to Persia with its roots in Egyptian Hermetic.

In the end the quest continues:

“Man is a star bound to a body, until in the end,he is freed through his strife.Only by struggle and toiling thyutmost shall the star within thee bloom out in new life.He who knows the commencement of all things,free is his star from the realm of night.Remember, O man, that all which exists is only another form of that which exists not.Everything that has being is passing into yet other being and thou thyself are not an exception.
All through the ages, the light has been hidden.Awake, O man, and be wise”- Hermes Trismegistus

One thought on “What Happens When You Die: A Personal Experience”